Fall 2016 Nuredo Cover Story
Previous Next
Tulsa is home to a great number of philanthropic-minded companies. Many of the more notable ones are family-owned. Silvercrest Homes is a perfect example of this dynamic. As one of the homebuilding companies belonging to the award-winning Jenkins Companies, Silvercrest played a significant role this year in providing affordable housing to the Tulsa area.

The project was called “Open the Door in 24” as Allen’s goal was to complete the build in that many hours. The extra two hours were attributed to the high humidity levels that hindered drying times of both sheetrock mud and interior paint. Allen says, “If we had planned just a bit better, we would have placed dehumidifiers in the home and met the 24-hour goal easily.”

The project arose through Allen’s connection with the Home Builders Association (HBA) of Greater Tulsa as their immediate past President and current Executive Board member. At the June board meeting, the topic of a member taking the lead to build a home to benefit Tulsa Habitat for Humanity arose and Allen agreed to take on the project. His only condition was that he be allowed to build it in 24 hours.

A 24-hour build is a very lofty goal and had never been done before in Tulsa. While both the HBA Charitable Foundation and Habitat leaderships shared their concerns as to the possibility of meeting the time constraint, Allen was totally confident even with Habitat’s added requirements that the house meet Energy Star® and Fortified Home™ standards. With less than two months to plan and execute the project, Allen, his family, the HBA staff, and HBA volunteers along with Habitat staff immediately went to work.

The Jenkins family has a history of rapidly built homes. Allen’s father, Darrell, along with Darrell’s brothers, Larry and Wes, with their goal of 48 hours, finished a home in 42.5 hours back when Allen was in high school. Now that this new home is complete, Allen’s 15-year-old son, Paxton, asked if he was now expected to cut the time in half again and build a home in 12 hours some day. Allen got a good laugh from that and told his son that 12 hours would be pretty much impossible. But then, that’s what many recently told Allen about his goal of 24 hours. Knowing what he knows now, Allen says he could do the same house in 20-22 hours. But, just not any time soon.

Silvercrest Homes provided all project management and several key staffing positions during the build. Due to the company’s strong long-term relationships with sub-contractors and suppliers, a great deal of the material and labor costs were either donated or heavily discounted. The HBA Charitable Foundation paid any remaining project costs. The net result is that Tulsa Habitat for Humanity received a completed model home at zero cost that has now appraised for $140,000.

During the construction, there were several points where Allen says he witnessed “construction miracles” right before his eyes. One example of a miracle involved project cleanup. Allen realized that after the last volunteer-based cleanup crews had gone home around 7pm after a very long hot day that remaining good material still needed to be loaded up for return followed by continued removal of scraps and debris into the night.

Allen called his regular construction cleanup contractor for help. They dropped everything and worked rapidly to get things back on track. At several points Allen witnessed the cleanup workers physically running to beat the clock.

Most of the skilled laborers involved worked with their only compensation being a few good meals and a volunteer T-shirt. Some of the contractors that initially planned to only discount their invoices decided to not even send a bill.

The home is located at 2522 E. 5th Place facing the Kendall-Whittier Elementary School. The Kendall-Whittier area was originally developed in the early 1900s on either side of statehood, which came in 1907, with a brief building boom in 1926 until the Great Depression. Good times came again in the ‘50s and ‘60s including construction of small apartment complexes. Some of those were built by the first generation Jenkins builder: Allen’s grandfather, P. A. Jenkins Jr.

Significant efforts to improve the area started about 20 years ago in the ‘90s and are still going strong. The area’s convenience to downtown, the University of Tulsa, shopping, transportation and major medical resources help young families take a fresh look at one of Tulsa’s earliest suburban neighborhoods. Interestingly, these were the same factors that made it initially popular 100 years ago.

This model home will eventually sell through Habitat’s standard program. The plan being that a teacher from the school across the street would meet the program guidelines, which include educational and sweat equity components.

Silvercrest commonly features homes in the HBA’s Greater Tulsa Parade of Homes. Their models feature a long list of upgrades that are included in the base price as a part of their Gold Star Pricing program. What you see is what you get with Silvercrest. They are currently building in several neighborhoods in South Tulsa, Broken Arrow, Bixby and Jenks.

If you are looking for a homebuilder that has deep roots in Tulsa coupled with a strong network of highly skilled contractors that will do whatever it takes to complete a job on time and in budget, then look no further. Silvercrest Homes stands ready for any challenge your new home may present. 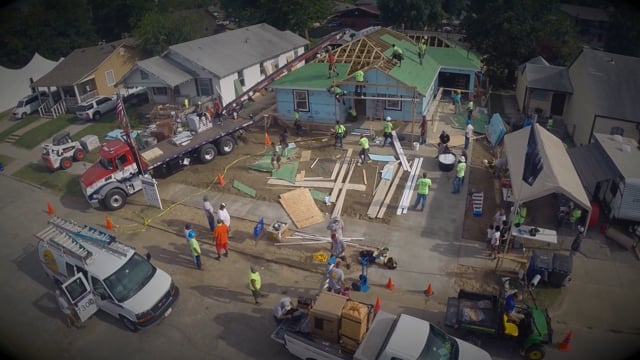 How Many Ways Can We Help You?

Connect With Our Office: